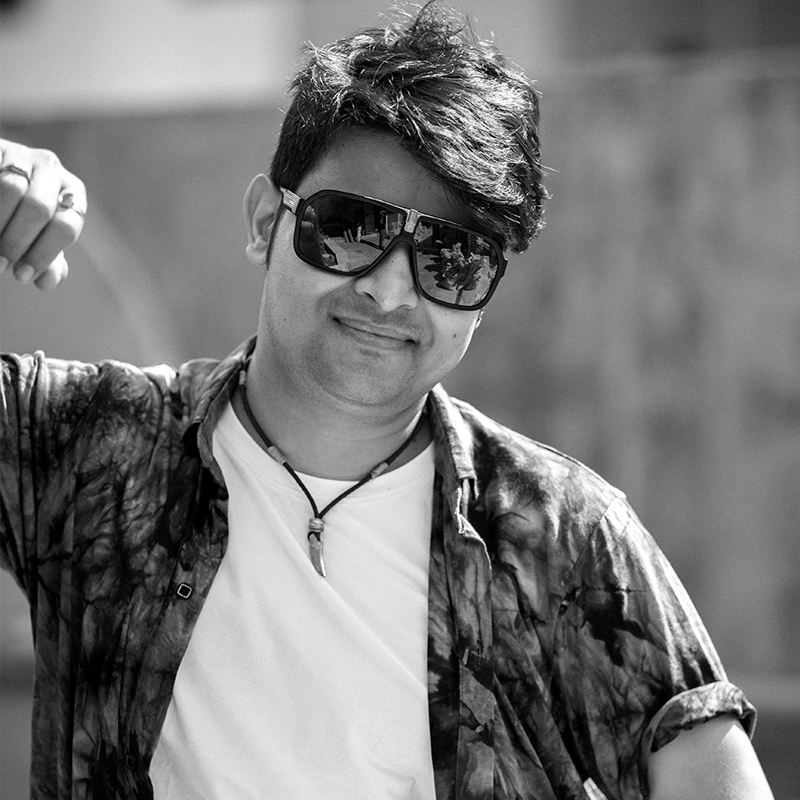 He has been a Music Producer in Bollywood for the past 12 years. His versatility and commitment to his music has helped him collaborate with over 160+ Music Composers, to name a few like Sanjay Leela Bhansali, Vishal Shekhar, Pritam, Sajid Wajid, Himesh Reshammiya, Jeet Ganguly, Annu Malik, Badshah, Guru Randhawa, Arko, Sachin-Jigar, Amaal Malik, Rochak Kohli, Sharib-Toshi, Tony Kakkar, Payal Dev and many more.
As a Music Producer, he has produced music for coveted web shows like "Electro Folk" for T-Series & "Zee Music Originals" for Jeet Ganguly.
Aditya as a Singer has lent his voice for the Electro-folk episodes with current day sensations like Neha Kakar, Jubin Nautiyal & Shirley Setia
As a live performer, Aditya has performed with legends like Asha Bhosle, Shaan at various parts of the World including venues like 02 Arena, Lg Arena, NJPAC, Esplanade to name a few.
He has performed at World's Biggest Music Fest, the "Woodstock Festival," Germany in the year 2008. He has also performed along with renowned percussionist Trilok Gurtu
Aditya has produced music for various hit songs like Teri Mitti(Kesari),Tera Yaar Hoon Main(Sonu Ke Titu Ki Sweety),Kala Chasma(Baar Baar Dekho),Haaseno ka Deewana(Kaabil),She Move it like,Tere Sang Yaara(Rustom), Kabhi Jo Baadal Barse(Jackpot),Samjhawan Unplugged(Humpty Sharma Ki Dulhania),
He loves to connect with students and has conducted Music workshops & Masterclass for premier establishments like Mumbai Music Institute, Enzy Studios, and Whistling Wood.

Any cookies that may not be particularly necessary for the website to function and is used specifically to collect user personal data via analytics, ads, other embedded contents are termed as non-necessary cookies. It is mandatory to procure user consent prior to running these cookies on your website.