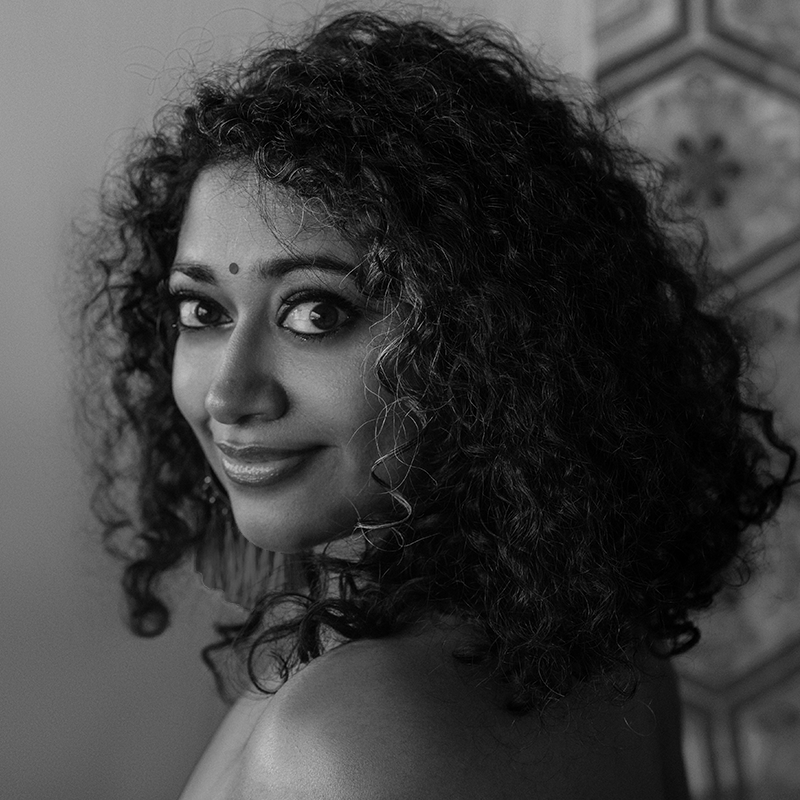 
Annette Philip is an award-winning musician, educator, and arts entrepreneur. A versatile vocalist with roots in Kerala, India, she is known for her dense choral arrangements, concept-driven productions, and delivering on big dreams. A seasoned recording and touring artist, Annette is a composer, pianist, voice-over actor, Emmy-nominated TV personality, and bonafide sari connoisseur.

Challenging norms while creating community through art and conversation are at the core of everything Annette does. In 2003, she founded Artistes Unlimited (AU) in New Delhi, India, a performing arts collective that infused a collaborative spirit among city musicians while introducing a cappella music to their audiences. Annette took this mission global, performing with Grammy-winning legends including A.R. Rahman, Bill Whelan, Nona Hendryx, and Zakir Hussain, besides spending a decade touring with award-winning, internationally acclaimed vocal quartet, Women of the World; disruptors in the a cappella world, singing in 37 languages and counting.

Annette serves as Executive and Artistic Director for India Initiatives at Berklee College of Music, where she founded the Berklee Indian Ensemble in 2011. Today, the Ensemble is a viral phenomenon with over 249 million views, renowned for its signature global Indian sound, world class productions, tours, workshops, and creative ecosystem.

In all she does, including her songwriting duo, Tigs & Nettles, and her "keeping it light" podcast, Annette's message of bold resilience, kindness, and radical self-responsibility are the foundation.