HOW TO CUT THROUGH THE DIGITAL CLUTTER – “THE SECRET SAUCE” 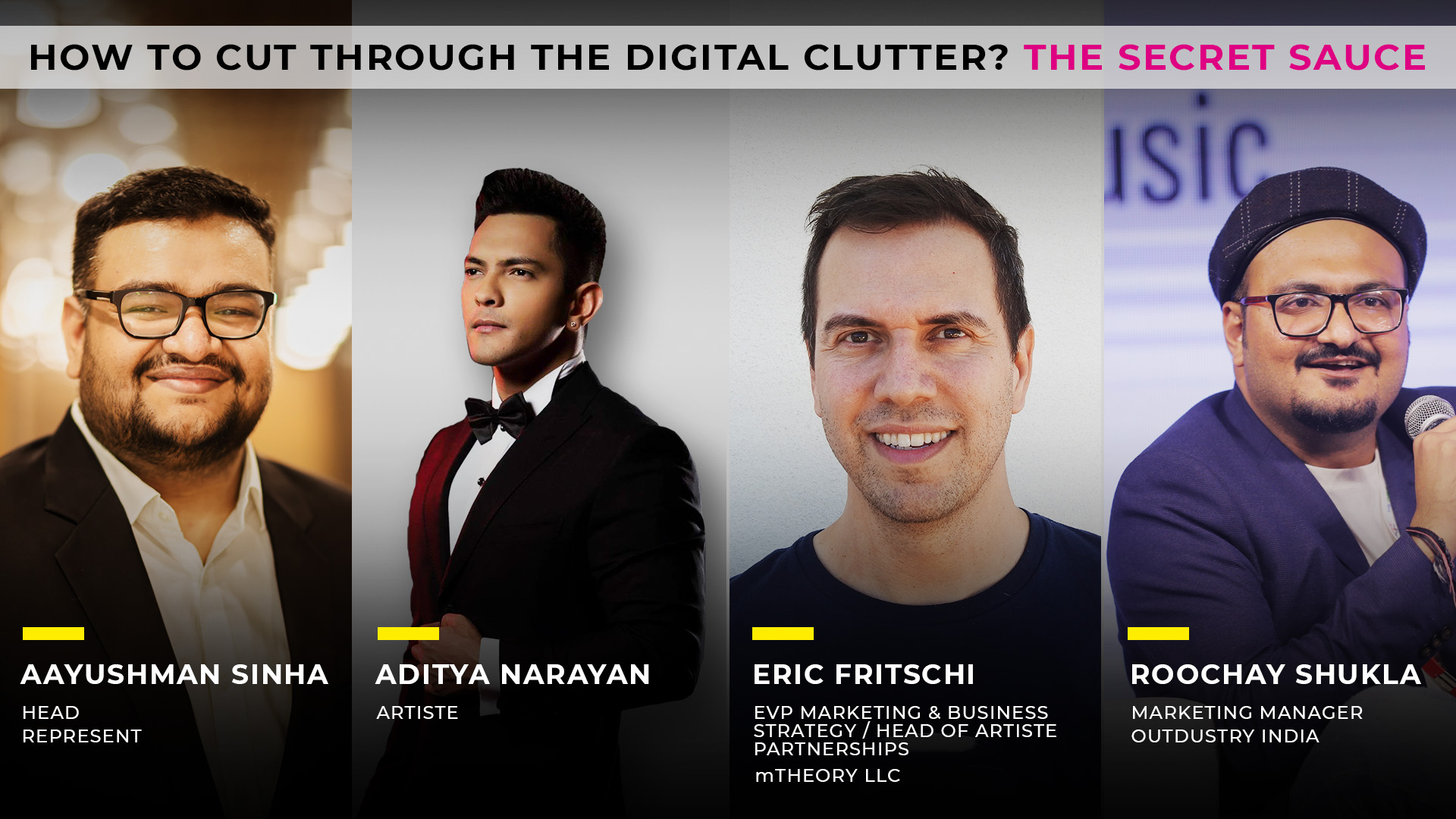 HOW TO CUT THROUGH THE DIGITAL CLUTTER - "THE SECRET SAUCE" 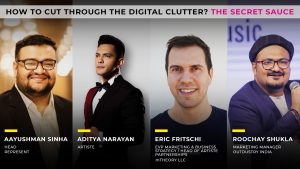 The importance of India in the global music market

Roochay asked Eric about his company’s initial foray into India and its current activities. Answering the question, Eric said artists always had to find success in their home countries first, and then look outside. And for big countries like India, like America, it’s difficult to break into. But with streaming artists now have the ability to cross and reach fans wherever they are. So it makes sense for international artists to go where the fans are and there are a lot of big music fans in India.

Creating a brand out of an artist

Aayushman spilled the beans on his strategies about creating a brand out of an artist by saying his company treats every artist as a startup or as a separate business. He dwelled on the importance of every artist having their own identity, their own logo, their own vision. In India, unfortunately, that entire branding element has not been given any importance. More than 90% of the artists in India don’t even have a logo. Aayushman asserted that they are very upfront with artists that they need to reinvest into their brand. They need a website, get their social media done right, the need to invest in good visuals, etc. He said that this is not expensive at all but it needs to be done smartly.

Releasing a song in multiple markets

Aditya said he wasn’t happily working in the traditional manner Indian music industry carried out its signing and releasing songs. So he decided to explore himself as a musician and released his first music video sometime in October last year and released two music videos on his YouTube channel. He now has almost half a million subscribers because he feels if people like the song they will listen to it no matter what. At that point Roochay asked Aayushman about the strategy behind releasing Armaan Malik’s song on an international level successfully. Aayushman acknowledged that he had an amazing team working with him at Risa records, the DSPs supported them and he thought it was the partners that really drove this song. They wanted to do something very different to this song because it was Armaan was going international for the first time so they tried a few radical strategies like archiving Armaan’s social media feeds, releasing snippets of the lyrics, dropping just the hook line of the song and then creating Armaan’s personal playlist on Spotify. These factors added up nicely and the song became big.

Supported by –Music Plus