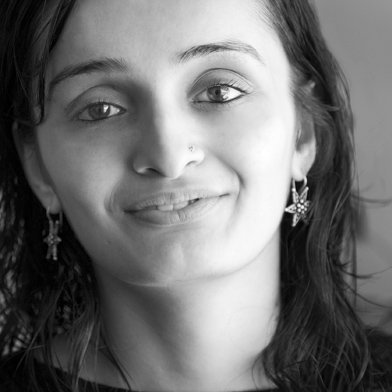 With more than 15 years of experience in Production for various big-budget films and Television Channels, Pranati Nagarsheth has created a niche for herself in the entertainment industry. Over the years, Pranati has worked on films like Jodhaa Akbar, Maqbool, ABCD (India’s first 3D film), Rang De Basanti, as well as television shows like Devlok for EPIC Channel and Gabru for Discovery Jeet.

A post graduate in Content Creation & Management from School of Convergence New Delhi, Pranati started her career as a Production Manager in 2004 for a movie ‘Valley of Flowers’. Well-versed with the ropes of the trade, Pranati later worked in Rakeysh Omprakash Mehra’s Rang De Basanti as a Production Executive and excelled her way into creating a name for herself in the industry. Being a seasoned professional with hands-on skills in negotiations, contracting, budgeting, managing shoots, editorial and post-production on several domestic and international assignments, Pranati then worked as a Production Executive for Ashutosh Gowarikar’s Jodhaa Akbar in 2006 and later went on to join The Walt Disney Company as a Content & production Manager and was one of the key personnel to set up the studio operations in Mumbai.

Pranati believes learning is a constant process of discovery that drove her to study a short-term course of ‘Entertainment Marketing and Law’ from New York University’s School of Professional Studies in 2010. In the very same year, she came back to India and helmed the position of a Manager and Creative Supervisor, at UTV Studios. Adept at developing strong relationships with internal and external partners, Pranati then moved on to join EPIC Television Networks where she played a pivotal role as part of the core launch team.

Currently, Pranati works with Still and Still Media Collective as the Head of Production and Operations where she has been instrumental in the execution of various shows and films like Girl in the City for Bindaas, Gabru for Discovery Jeet, Imperfect for Zoom Studios and Bandish Bandits for Amazon Prime Video. Her relationships with industry and talent help to keep the company at the fore on content.