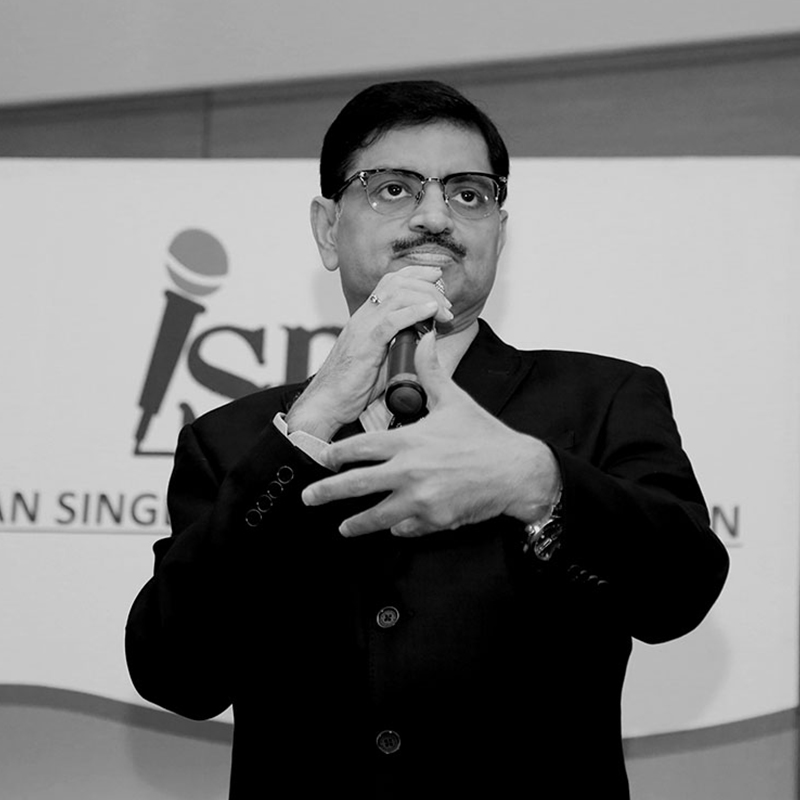 Mr. Sanjay Tandon has been in the Industry for the past 27 years and is well known as the one who started the movement of Collective Management of Copyright in Music India.
He is a national of India. He was instrumental in strengthening the Indian Performing Right Society Limited, (IPRS) – the Music Royalty Collecting Society of India for 14 years before resigning from the post of Director General. He pioneered the Movement of Copyright Administration in India and developed the IPRS from scratch to an internationally recognized entity. He was and is very closely involved with the Copyright Movement in India and abroad. He has represented the Country at 5 Copyright World Congresses of CISAC, and 2 Regional Roundtable on copyright under WIPO and is also a regular speaker at various copyright seminars and symposiums. He also speaks regularly on the subject of copyright in various Universities of the country, police training centers, International Conventions, the FICCI and CII. He was actively involved at various discussion stages for WIPO Treaties – WCT, WPPT, the Broadcasters Treaty etc.
He was closely associated with the latest 2012 copyright amendments in India and as an expert on the subject of copyright, deposed and submitted his recommendations before the Joint Parliamentary Committee on the Amendments. Certain provisions in the proposed amendment are due to his perseverance with the Government. It was his relentless fight for the Singers’ Copyright since 1992 that the Singers have now at last got the Right to Royalties for their Performances. With result that Mr, Tandon formed and set up the Indian Singers Rights Association (ISRA) which was the 1st Copyright Society to be Registered under the New Act. He is now the CEO of ISRA. ISRA is his Child given birth by him and he is nurturing it on International Standards gaining International recognition.
With his relentless perusal with the Government of India ever since ISRA was formed that, recently India acceded to the WCT & WPPT.
He is also popular for starting the era of “John Doe” Orders against Piracy of Films.
All through these years, Mr. Tandon has interacted with many heads of State and Presidents of India, USA, France, Chile, Germany, etc. on a one-to-one basis for Copyright Issues facing India.
Mr. Sanjay Tandon is also a singer and sings in the voice of Mukesh and has sung under the baton of Shankar-Jaikishan, Naushad, Kalyanji-Anandji, O.P. Nayyar, Sonik-Omi, Khayyam, Dilip Sen and many other legends. He has been conferred with many awards and recognition.
He worked as a Leading Copyright Consultant from July, 2004 to September, 2005 to the likes of Lata Mangeshkar, Asha Bhosle, Javed Akhtar, Sonu Nigam, Sunidhi Chauhan, Shaan, and such other 103 top Artists. He was Head at Mobile Content Alliances, Reliance Communications Ltd, from October, 2005 to March, 2008. He was Vice-President at Reliance Entertainment from April, 2008 till January, 2013 stearing Reliance Group’s Anti-Piracy Operations be it in whatever format – Physical. Cable or Internet. From February, 2013 till June, 2017, he was the CEO of the Music Composers’ Association of India (MCAI), the body which represents the Composers of India and at present, he is the CEO of the Singers’ Association of India (SAI) and of the Indian Singers’ Rights Association (ISRA).