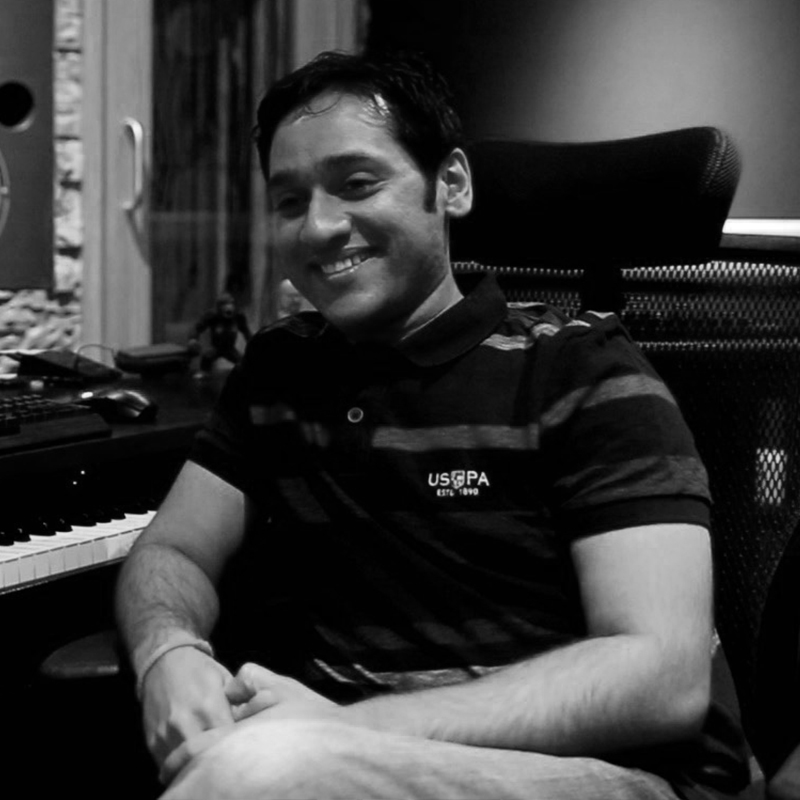 Tanuj Tiku is an award-winning composer and music producer based in Mumbai. From an early age, he was deeply interested in music and picked up several instruments like the piano, trumpet, clarinet, and harmonium.

In 2003, Tanuj started studying Music, Technology and Innovation at De Montfort University, Leicester, U.K. He finished his undergraduate program in 2006 and thereafter pursued a Masters in Film and Television music at Bournemouth University, U.K.

Since 2008, he has worked as a composer and music producer on over 200 commercials, 50 feature films and many songs for some of the top brands, composers and filmmakers in the country. He has been part of many award winning film scores like Leeches, Jagga Jassoos, Kai Po Che!, Madras Cafe and Parched.

His music has also been featured on many international advertising trailer campaigns such as Blade Runner 2049, The BFG, BBC One’s Wallander and Disney’s The Nutcracker and the four realms to name a few.

Tanuj won the prestigious 64th National Film Award (2016) for 'Best Music', for the short film 'Leeches', directed by Payal Sethi. Tanuj also received the (2016) 'Best Production Music U.K' award for his track ‘Cascade of Emotions’ which has been featured on advertising campaigns for the films, The BFG and Woman in Gold.