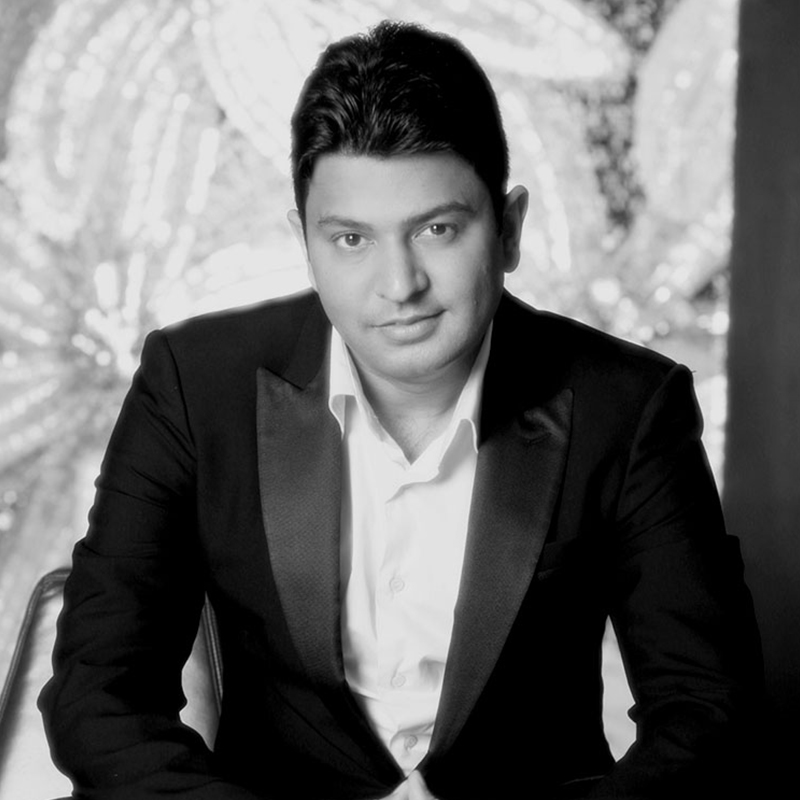 Regarded as one of Bollywood's leading, young producers, Mr Bhushan Kumar, chairman and managing director of T-Series, has transformed the landscape of Bollywood music over the years, even as he has consistently grown his company from strength to strength.
Despite being heir to one of India’s top Bollywood music companies, not many know that his start in the industry was not easy. After suddenly and tragically losing his father Mr Gulshan Kumar, Mr Bhushan Kumar had no choice but to lead the company his father had built from the ground up, at the young age of 19.
A young Mr Kumar suddenly found himself in charge of a multi-crore company with no idea of how to run it and with the fate and future of hundreds of his staff in his hands.

In a cut-throat film industry, he was considered an outsider and a novice in the business. He faced skepticism from a high-stakes industry where careers make or break every Friday, and initially he found it hard to convince producers that he could get the job done.

However, slowly, steadily and quietly, over the years, Mr Kumar has worked hard and overcome all sorts of challenges to transform T-Series into a 21st century, profit-making company. With a clear vision, he has taken the company from milestone to milestone and has brought it to the forefront of the Indian music scene today, making it a leading music label at the cutting edge of popular Hindi and regional commercial music. Further, he has made T-Series the No. 1 YouTube channel in the world, again redefining and repositioning the company and putting it at the heart of the digital entertainment revolution.

Not one to sit on his laurels, Mr Kumar lead the company into film production, producing many hit films in the recent past. His hard work and relentless vision paid off when his film Hindi Medium, a co-production with Maddock Films, won the Best Film award at the 63rd Filmfare Award, regarded as the Oscars of the Hindi Film Industry. Actor Irrfan Khan won the Best Actor (Male) trophy for the same film. For Bhushan Kumar’s other co-production, with Ellipsis Entertainment, Tumhari Sulu, actor Vidya Balan received the Best Actor (Female) award.

In the first quarter of 2018, Sonu Ke Titu Ki Sweety and Raid, both produced by him have garnered more than Rs 100 crore at the box office.

If that was not enough a vision for the future, he has also now ventured into producing short films for the digital space with the comedy Bulbul, which also received a nomination in the Short Film category at the 63rd Filmfare Awards. In 2018 alone Mr Kumar has invested Rs 500 crore to produce about 10 films.

Finally, with the aim to give back to the industry and audiences alike, he has started mentoring singers, musicians, lyricists, and filmmakers, to create leading artistes for the coming generations.