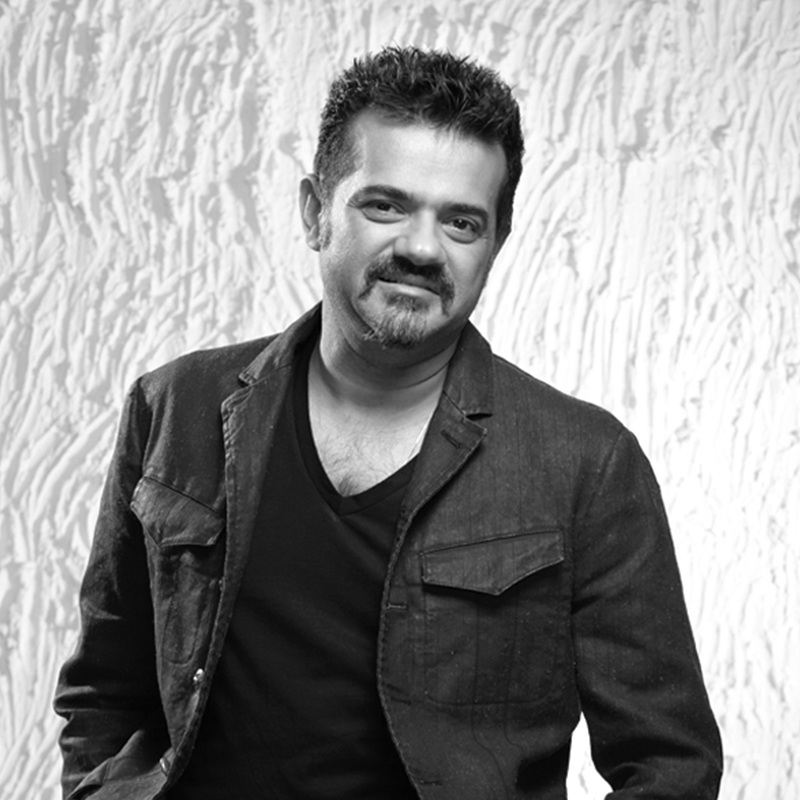 Picked up playing the guitar in high school.
He played with his first band 'Pegasus' doing mainly covers of bands like the Allman Brothers, Heart & Wishbone Ash
Ehsaan joined the band Crosswinds in 1982 playing alongside fellow guitarist Sanjay Divecha.

He attended the 'Musicians Institute' then known as the 'Guitar Institute of Technology' in Hollywood California from 1985 to 1986 learning from players like Danny Gilbert, Robben Ford, Steve Trovato and Keith Wyatt.

In 1986 Ehsaan came back to India and almost immediately began playing sessions mainly for TV commercials and film scores.
At the same time he started playing in a band called “Mickeys New Home“along with Ranjit Barot & Sanjay Divecha.
He soon began composing music independently for commercials in 1989 and it is during this period that Ehsaan met up with Shankar and Loy .

Currently he is a Judge for the reality show the Stage now shooting Season 3 on Colours Infinity and is also busy working on several sound tracks for their upcoming films.