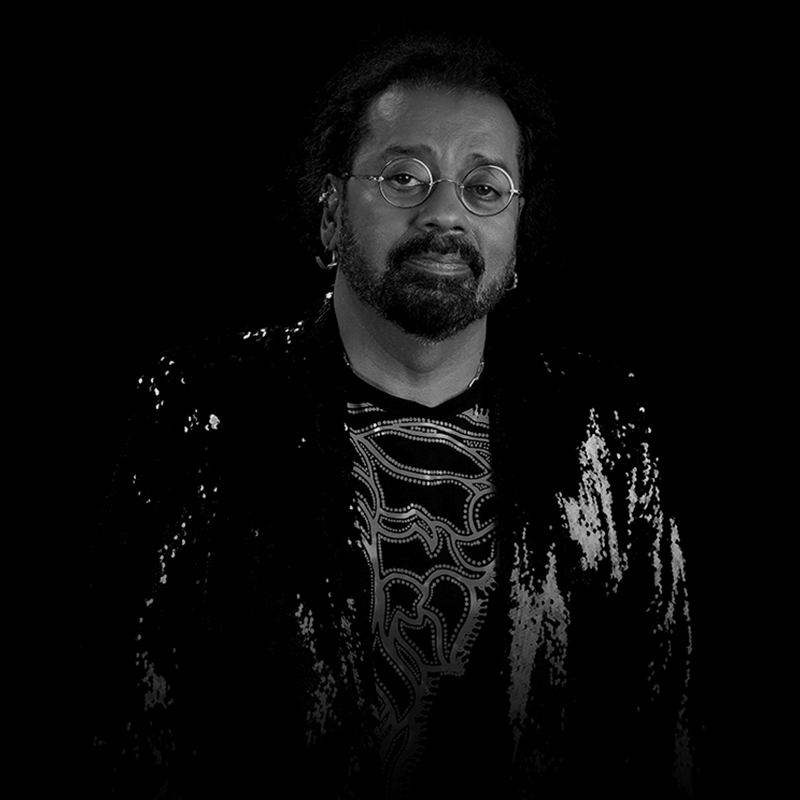 Hariharan (born 3 April 1955 in Mumbai) is a versatile , an established ghazal singer,playback singer in Hindi, Tamil, Malayalam, Kannada & Telugu movies and one of the pioneers of Indian fusion music.

Hariharan grew up in Bombay (Mumbai) and has bachelor degrees in Science and Law. The son of renowned Carnatic vocalists, Shrimati Alamelu and the late H.A.S. Mani, Hariharan inherited his parents' musical talents. Alamelu was Hariharan's first guruji (mentor). From her, he picked up Carnatic music skills. He was also exposed to Hindustani music from a young age. In his teens,he became shagird of Padmavibhushan Ustad Ghulam Mustafa Khan, and learnt the Khayal gayaki, Raag dhari and continued for many decades absorbing the intricacies of Hindustani Music, Hariharan was inspired by the Ghazals sung by Mehdi Hassan. Hariharan had a great passion for Ghazals and pursued the genre. He used to put in nine hours of singing practice everyday. The committed Hariharan also put heart and soul into learning Urdu when he decided to become a ghazal singer. He has perfected his Urdu diction to such standards that even his audiences in Lucknow, the heartland of the language, have been wowed over.
In 1977, Hariharan bagged the top prize in the All-India Sur Singaar competition and was promptly signed on by the late music director Jaidev to sing for the Hindi film Gaman. His debut song "Ajeeb Saaneha Mujh Par" in that movie became such a hit that it won Hariharan an Uttar Pradesh state award, as well as a Best Singer National Award nomination, and Hariharan's playback singing career took off.
Rise to fame
At the start of his career, Hariharan did the concert circuit and also performed on TV. He sang for a number of TV serials (e.g., Junoon). In addition, he cut several successful ghazal albums, writing most of the scores himself. One of Hariharan's first ghazal albums was "Abshaar-e-Ghazal" with Asha Bhonsle, which went gold in sales. Another outstanding ghazal album was Hazir with Ustad Zakir Hussain. "Gulfam", released in 1993 won him the Diva Award for the Best Album of the year.