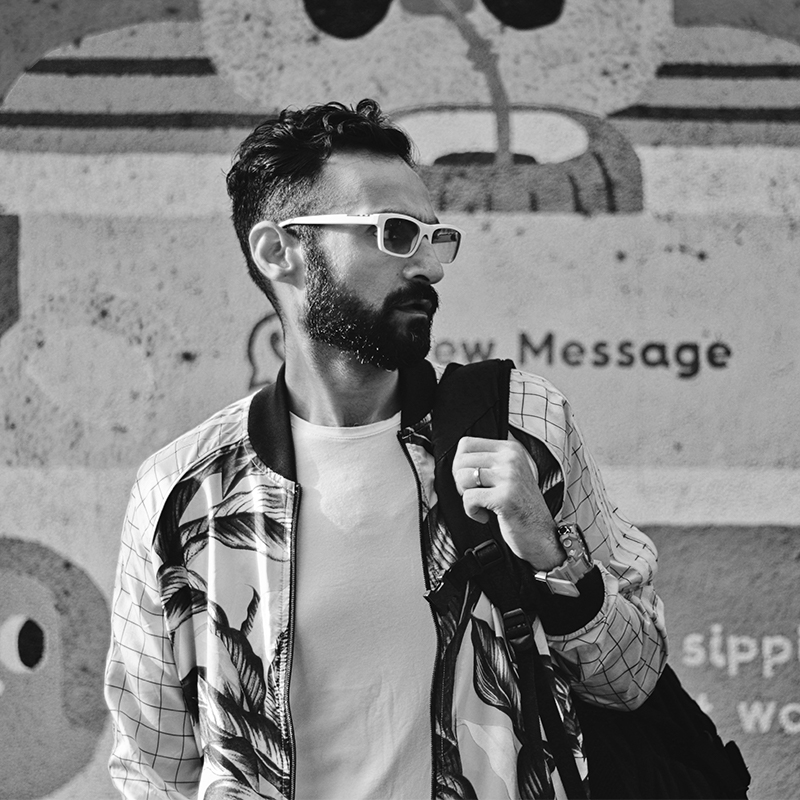 Mo Joshi, Co-Founder of Azadi Records, setup his first business in 2001 at the age of 19, an IT services company which he still runs today with his brother. Scholarships in Mathematics and French, gave him a solid educational foundation, however, he knew from an early age that IT wasn’t his end calling.

Passionate about music, specifically hip hop, he set about getting involved in the business, first working with legendary UK festival outfit, Chai Wallahs, a 2,500 square foot touring venue, showcasing the best of the emerging indie scene from the UK and Europe.

Out of Chai Wallahs, Diplomats of Sound was born, a bespoke artist bookings agency and event production company, today servicing over 200 acts, across a multitude of genres. In 2011 Mo started working with Joss Stone as part of her in-house management team, and in 2012, joined Akala’s in house management team, heading up digital strategy and business affairs.

In 2014, Mo permanently moved to India and set about getting his name know within the Indian hip hop scene. In 2015 he took over the running of desihiphop.com, the worlds largest platform dedicated to south Asian hip hop, and grew the community from 1,000 monthly visitor, to 250,000. Disillusioned with their vision, Mo left DHH and founded Azadi Records with music journalist, Uday Kapur. Having signed standout artists Prabh Deep, Seedhe Maut, Ahmer & Tienas to name a few, Azadi Records have firmly established themselves as a label with the knack of discovering artists with a unique sound who also have a story to tell.