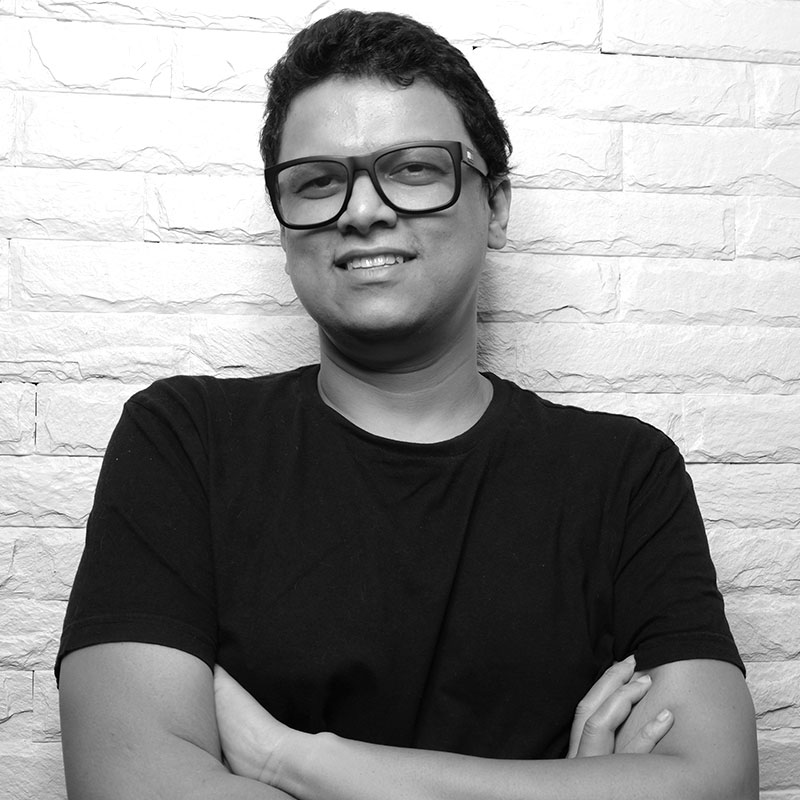 Sunny M.R. is a well known music composer, producer, sound engineer and a live engineer. Being in the music industry for around 20 years, born in the city of Patna, Sunny’s humble approach and creative technique has positioned him among the elite in the industry. His exceptional capabilities as a vocalist, performer and an A&R has helped him stay on the top among artistes singing within a wide spectrum of genres. He started off as a sound engineer in 2001 and got his first musical success as a composer through the 2013 film Swamy Ra Ra. At the same time he continued to produce music for many Bollywood movies. As he made the transition into Bollywood, Sunny’s approach and superior quality of work as a music producer have led to great opportunities in his career. His outstanding work in movies like Om Shanti Om, Queen, Love Aaj Kal, Ae Dil Hai Mushkil, Agent Vinod, Bajrangi Bhaijan, Barfi, Dangal, Race 2, Dhoom 3 and more recently the Netflix film Ludo have paved a way for his fast growing success. He is a vivid believer of using exceptional technology and sound in his compositions. He has toured globally with Arijit Singh for ‘Arijit Singh Live’ as a show director, music producer and FOH engineer. He has also mixed and mastered Arijit’s first album as a composer ‘Pagglait’. Besides Sunny’s work with Pritam and Arijit Singh, he has collaborated with talented artistes such as Diljit Dosanjh, Akhil Sachdeva, Nakash Aziz, Shalmali, and Nikita Gandhi, amongst others. He has also appeared on MTV’s show called MTV Unplugged. His most recent solo project, ‘Unsung Verses’ saw him write, produce and perform songs such as ‘Kahaniyan’, ‘Chaubaare’, ‘Lifafe’, ‘Paheli’, ‘Panchhi’, ‘Kaafila’, ‘Barkha’ and ‘Azaad’ all of which were warmly embraced by his fans. Sunny has also worked as a music curator at prestigious events such as All About Music and Bollywood Music Project where he has performed as well. Five time winner of the Mirchi Music Awards, Global Indian Music Awards, IRAA Awards and praised by the veteran music director M.M. Keeravaani, Sunny M.R. is at the helm of his career where he is indeed the jack of all trades. TM TALENT MANAGEMENT